Skip to content Skip to menu
If you read my response to the Serial, Season 3 trailer you’ll know that I’m writing a response to each Serial episode that comes out, focusing on issues of economic justice, historical context, and modern-day activism in Cleveland.

Episode 1 of Serial followed the story of “Anna” who was being harassed and assaulted at a bar when she had the misfortune of fighting back right when a Cleveland Police Officer walked into the room.  Anna was charged with the felony of assaulting a peace officer, but she and her attorney felt that the footage should have exonerated her.  The case went to the eve of trial until Anna and the prosecutor agreed to plea the charge down to fourth degree misdemeanor.  Anna is white and Serial digs in immediately pointing out racial disparities in our criminal justice system, as well as the numerous effects this “successful” plea deal had on Anna’s life.

This response will cover a few areas:

I talked a bit about the Justice Center’s history in my response to the trailer, so feel free to go back to that for more details.  Just as a reminder, this building is where we will all be living for most of of the series:

I’m in agreement with Sarah Koenig’s nods to the “hideous” Justice Center buildings, as well as the strangeness of the Food Network television channels on every floor (these are particularly incongruous when you see people upset or crying underneath them, though for the most part they just just provide some ambient background noise).

Of note, the mural portrayed in Serial’s artwork for this season has never appeared on the side of the Justice Center. 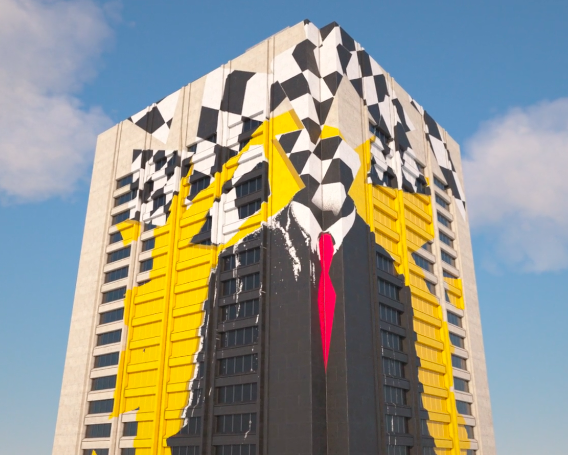 It’s a very impressive bit of rendering and 3D modeling.  Similarly, the bar where Anna was assaulted has never had this mural on the side: 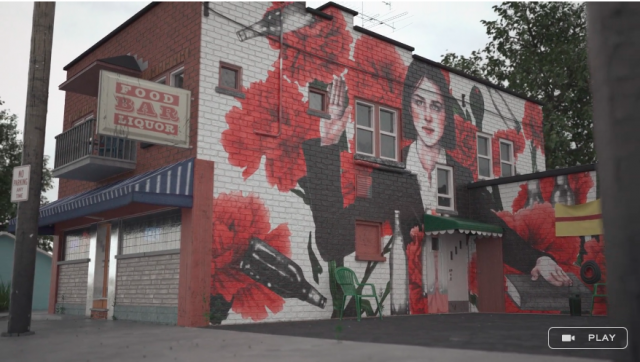 This image was rendered digitally with the mural added and the bar sign anonymized.  It took Cleveland Twitter until 11am the morning the episode was released to identify which bar it really was.  I won’t say the name of the bar here to help protect the anonymity of the people involved and because, as far as I can tell, there’s nothing particular notable about it.  After some research, I didn’t see anything special about it that helped deepen the story being told.

As I expect I’ll discuss in great detail in future episodes, Cleveland is hyper segregated.  While there are exceptions, it is unsurprising that the bar where a white defendant was arrested was on Cleveland’s west side.  But we’ll dig into that more later, along with, I’m sure, the relationship of the police to the community.

For now I think the first episode succeeded very well in telling a general, everyday story of how the criminal justice system works.

At the end of the episode, Sarah Koenig discusses the consequences that Anna faces for pleading to the 4th degree misdemeanor.  Anna got a $200 fine and more than $500 in court costs.  Because there’s been a lot of discussion in the national media around criminal justice reform and court costs, I want to give you some more background on what’s happening in Ohio.

In Ohio, it’s important to note the difference between court costs and fines.  Court costs are the expenses that Cuyahoga Court of Common Pleas charged to Anna for the pleasure of having a case on which she pleaded guilty.  These costs are a civil penalty, and as a result, the failure to pay them cannot result in further jail time or a block on Anna’s driver’s license.  However, the criminal fine that Anna was given for the plea itself can have more dramatic effects.  The Ohio Supreme Court breaks down the available punishments this way:

Here, Anna ended up with both costs and fines, meaning that a range of consequences might happen if she’s unable to pay.  As a civil attorney, what I hear about most commonly are collections actions by the attorney general office (or a third-party debt collector impersonating the attorney general’s office), which can result in wage garnishments that have a detrimental effect on a person’s efforts to sustain a household.

Even more drastically, the criminal fines can lead to a driver’s license warrant block, which can cause a defendant to end up in the criminal justice system yet again when they are pulled over for driving on a suspended license.  Indeed, “the most common cause of driver’s license suspension is a failure to appear in court or pay a court fine.”  As in other states, Ohio’s system can lead to a perpetuating cycle of crime and poverty.  If you catch just one case, you can end up with fines that will lead to a warrant block on your license.  If you are pulled over on your way to work, you can end up with another criminal charge because of the suspended license, resulting in a longer suspension or perhaps more costs and fines.

The cost of being involved in the criminal justice system is a national issue.  Serial’s breakdown of the costs in this first episode is an effective introduction to the issues, which I’m sure we’ll get into more as the series progresses.

I think Sarah Koenig hints pretty obviously at the gender issues apparent in this barroom scene and the police’s handling of the arrest.  Nevertheless, I want to make a few things clear.  Under Ohio law, the man who slapped Anna could absolutely have been charged with a criminal offense and it was 100% at the discretion of the police officer not to do so.

At the very least, misdemeanor assault is at play.  It’s not just harassment when somebody hits you without your consent.  It’s a crime in Ohio and in every state.

Many women have had been assaulted in some way, but never dealt with the criminal justice system as a result, perhaps because they were unsure if the system would take their allegations seriously.  If you don’t know a story like this personally or through your friends, you need only take a look at the look at the headlines we are regularly seeing to get a sense of the issue.  In Cuyahoga County, our history of thousands of backlogged rape test kits will hit the issue home.

I was certainly frustrated at the audio of those police officers repeatedly calling Anna “sweetheart” and the end result that a few bar patrons vouching for the male assailant got him off the hook entirely.  But it’s not necessarily easy to determine how to address these issues at the same time we tackle other systemic injustices.  We are living in a society where communities are over-policed and under-policed at the same time.

My hope is that Serial’s deep dive on criminal justice will help us navigate these waters in the coming weeks.

Each week, I highlight a positive news story from around Cleveland — not to whitewash the difficult stories being told on Serial, but to add depth to this city for readers who might not know much about our town.  Bad things aren’t happening in the Justice Center because we are a uniquely bad town.  By highlighting something good along with the bad, I hope to make the need for criminal justice reform everywhere more tangible and approachable — and also explain why, despite the difficulties we face, I still have faith in Cleveland’s motto of “progress and prosperity.”

In Episode 1, I was struck by the audio of Anna’s defense attorney eating some carrot cake that had been on offer in a judge’s chambers.   While I cannot say for sure where that carrot cake was from, I can sure as hell recommend to the staff attorneys and clerks that they take the 5 minute walk from the Justice Center to Bloom Bakery on Euclid Avenue to get their next slice. 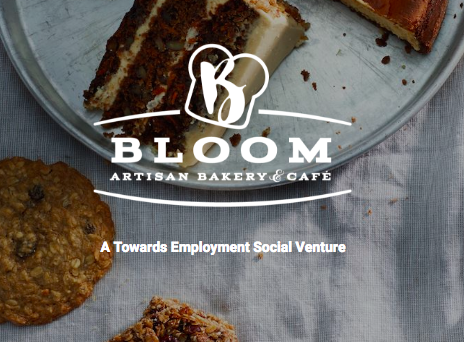 Bloom Bakery is a social venture run by Towards Employment, which employs folks who traditionally have barriers to employment — including criminal records — and prepares them for work in the culinary industry.  Whenever I have a lunch meeting downtown, I try to have it at Bloom Bakery, and I know of other public interest attorneys in town who do the same.  If you’re there for lunch, their coronation chicken salad on baguette is one of my favorites.  And the carrot cake will run you $3.95 a slice.